Change Agent I Analyst I Strategist I Human Rights Defender

Dr. M. Shahid Siddiqui is a “Development Analyst, Media Strategist & Human Right Campaigner” based in India with vast experience as a journalist for one of the most-watched television network in India. For him learning is a transcendental process that is unique to humans, with this belief in continuous learning and ensuring growth of faculty, most recently he has participated in young leadership seminar in Germany in April 2016. 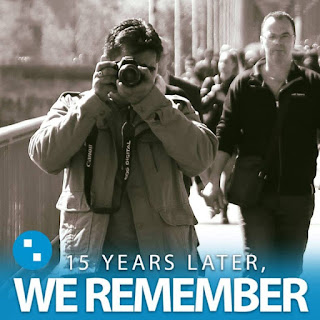 Mr Siddiqui also holds a certificate from ‘Internet Society’ (ISOC) for the successful completion of the Asia Pacific course on Internet Governance & Policy. While working with various film directors and producers between 2003 and 2005 for television commercials, documentary films, and feature films to the role of journalist in IBN7  (Network18) the national TV News Channel, he has learned the skills that are necessary to walk on a ground, which is full of ravines.  As a journalist with deep editorial sense, he has covered issues crucial to the Indian audience and produced television shows that interviewed government personalities, corporate leaders, and members of the strategic community.


For last fifteen years he is rigorously working to reconstruct and reshape the belief and structure of society. The essence of his work lies in constructing alternate perspective, irrespective of the area and mode of functioning. His strategy throughout this journey has been to remain flux in managing issues and not to remain stationary. He has widely traveled across India. The core agenda of his work comprises serving people but from a broader viewpoint, his emphasis remains in understanding the social issues that highlight the internal asymmetry and inter-relationship of persisting problems along with their historical trajectory.

At present, whether it is about engaging with Government officials across various ministries or agencies, civil society, private sector and other partners in creating opportunities and solutions for sustainable development. His belief lies in creating an environment of symbiosis. He has always analyzed his strategy and tried to develop a perspective over multiple issues from covering racial violence perpetuated by locals toward African community living in India or advocating the human right for  Rohingyas Refugees migrated from Myanmar. 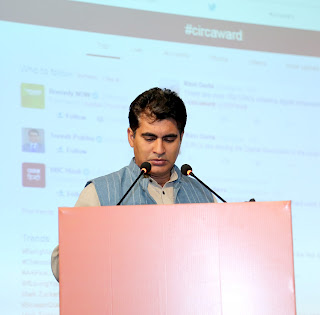 Now, his primary engagement is in using ICT for delivering benefits and sustainable livelihood opportunity to under-served communities. As a development analyst by profession and a passionate change maker - Dr. Siddiqui have been the force behind expansion of “Community Information Resource Centers” - CIRC- a flagship and biggest project of Digital Empowerment Foundation(An international non-governmental organisation) covering 24 states across India. The CIRC is such an instrument that has helped him in taking the activism to a pan India level. Moreover, the technique and mechanism he tried to embed in this process of establishing CIRC has allowed him to negotiate with ongoing contestation between modernity and extreme backwardness. Considering inclusion as the core agenda has been the key principle in reaching out to the people via CIRC. He has also worked with government officials across various ministries and diplomatic agencies to use ICT for delivering benefits and sustainable livelihood opportunity to under-served communities.

Although, like any other activist he also believes that activism requires huge amount of labor in the field as well as in research but what is most necessary for him is to ensure credential  within community and dissipate information in most simple way possible that swiftly narrates the scenario which comprises most complex situations, hardcore negotiations and demands. As an activist now, his primary task has been to address peoples’ problem, indeed he try to make sure that the reasons or factors through which problems arises must be abolished. He believe that people are capable and can themselves solve their problem on their own if their diverged interest is synchronized in such a way that everyone gets not everything but something from planned solutions. Tools such as peace building measures,mediation, negotiation and dialogue among conflicting parties are primary tools of his intervention in crisis. 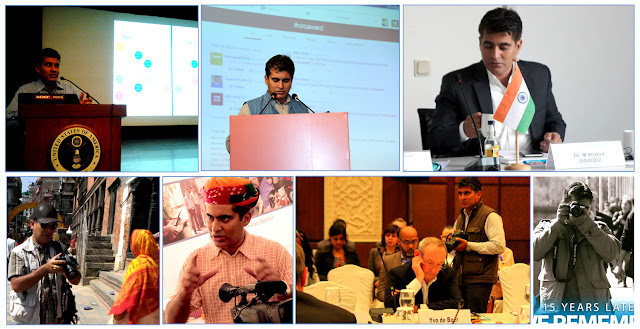 In the last fifteen years of his professional career from media to sustainable development, he has proven his dynamic, creative, forward looking, dedicated and result-oriented capacity as a manager and experts with outstanding leadership qualities, a track record of succeeding in a multi-cultural environment. With his outstanding capacity to bring together and respond to governments, civil society, the private sector and other partners in creating opportunities and solutions for sustainable development, he has sincerely contributed for various fields such as Environment, Health, Education, Innovation, human rights and sustainable rural development.       [ Ref: 'Association of Social Media Professionals']

A doctorate (Ph.D) from ‘Jamia Millia Islamia’, India- Dr. Shahid Siddiqui has always been a voice for voiceless. In his doctoral research as well, he purposely focused on “Portrayal and influence of Indian marginalized communities in select Indian media”.

He believes that an effort made by a researcher in bringing out the contradictions and insufficient ‘self-explanatory’ logic of the society is crucial. Hence, it is important for any person seeking answer of most complex answers to follow the path of research. He has always been very much keen to develop an alternate perspective on any of the theme he works upon. Research provides a new dimension to the existing issues and this also ensures that one will learn not by reading or discussions only, but by doing as well. The opportunity to conduct allows one to grapple with the paradoxes of global society. He divides and synchronizes his time and work very efficiently between social development sector and journalism. He has native fluency in English, Hindi and Urdu, but also comfortable with Persian and French at beginner level. Besides, Mr siddiqui also holds double master’s degree in ‘Public Administration’ and ‘Business Administration’ that allows him to link the theories developed after research to be implemented at administrative structure resulting in praxis methodology.

He closely follows India’s interaction with all Asian countries with great interest and is a keen observer of foreign policy in East and Southeast Asia, US-China bilateral relations, and cross-straits relations with journalistic approach. He has contributed to publications by Press Institute of India - “VIDURA” (Media Journal-English)- , “Know Disaster” - (A Journal of NDMA chaired by Indian Prime Minister) and instrumental in launching the most read news webportal “www.ibnkhabar.com”. Beside these, he also provided analysis to Indian news channels like CNN-IBN (English), IBN7 (Hindi) and news contents to Radio BIG FM (92.7) for many years and received many prestigious awards and accolades like KARAMVEER CHAKRA (2010) and KARAMVEER PURASKAR (2012).